Resale home sales for December rose 5.0 percent to a seasonally adjusted annual rate of 4.61 million in December after jumping 4.0 percent in November, according to the National Association of Realtors who reports sales are 3.6 percent higher than in December 2010. Sales data is still far below what economists consider to be a healthy real estate market, however, this marks the third consecutive month of improving sales reports and a total 1.7 percent increase in sales for the year.

Breaking from their consistently cautious tone, Dr. Lawrence Yun, NAR chief economist, said these are early signs of what may be a sustained recovery. “The pattern of home sales in recent months demonstrates a market in recovery,” he said. “Record low mortgage interest rates, job growth and bargain home prices are giving more consumers the confidence they need to enter the market.”

Supporting Yun’s statement, in January, interest rates have dropped which directly spurred the volume of mortgage applications not only for refinances but for new home loans. Pending home sales hit their highest level in 19 months and new home sales jumped 10 percent for the year, however, home prices continue to slide, mostly due to distressed sales.

Inventory at the close of December fell 9.2 percent to a 6.2 month supply, as available inventory dropped to its lowest level since March 2005, one of the healthiest signs of a pulse from the market we have seen in some time, although distressed sales are stagnant, indicating that the foreclosure backlog (from slowed and frozen processes due to the robosigning debacle wherein foreclosures were being illegally processed without any human review of files) has yet to clear up, which some say could increase the foreclosure inventories by 25 percent this year.

After home prices drop to 2002 levels and we take foreclosure backlogs, it is surprising that Dr. Yun would say, “The inventory supply suggests many markets will see prices stabilize or grow moderately in the near future.”

All-cash sales were up 2.0 percent for the month, accounting for 31 percent of December purchases, mostly comprised of investors who purchased 21 percent of homes in December.

Contract failures continue to be a factor with over one in three NAR members having experienced a contract failure for the month, up from 9.0 percent in December 2010, mostly due to declined mortgage applications and failed underwriting as appraised values are coming in below the negotiated price, according to the trade association.

NAR President Moe Veissi, broker-owner of Veissi & Associates Inc., in Miami, said more buyers are expected to take advantage of market conditions this year. “The American dream of homeownership is alive and well. We have a large pent-up demand, and household formation is likely to return to normal as the job market steadily improves,” he said. “More buyers coming into the market mean additional benefits for the overall economy. When people buy homes, they stimulate a lot of related goods and services.”

Demand for purchase loans down 17.9% from a year ago

Mortgage rates continued to plumb new depths this week, but demand for purchase loans remains down from a year ago, lender surveys show.

For 15-year fixed-rate mortgages, rates averaged 3.16 percent with an average 0.8 point, down from 3.23 percent last week and 4.08 percent a year ago. Rates on 15-year loans, popular for refinancing, have never been lower since Freddie Mac began tracking them in 1991.

Rates on five-year Treasury-indexed hybrid adjustable-rate mortgage (ARM) loans averaged 2.82 percent with an average 0.7 point, down from 2.86 percent last week and 3.72 percent a year ago. That’s a new low in records dating to 2005.

For one-year Treasury-indexed ARM loans, rates averaged 2.76 percent with an average 0.6 point, down from 2.8 percent last week and 3.23 percent a year ago.

Looking back a week, a separate survey by the Mortgage Bankers Association showed that demand for purchase loans during the week ending Jan. 6 was up a seasonally adjusted 8.1 percent from the week before. Purchase loan demand was down 17.9 percent from the same time a year ago. Requests to refinance accounted for 80.8 percent of all mortgage applications.

Mortgage rates have been sliding because mortgage-backed securities (MBS) — bonds that fund the vast majority of home loans — have been popular with investors seeking a safe haven.

In a Dec. 20 forecast, economists at Fannie Mae projected rates for fixed-rate mortgages will average 4 percent in 2012 and 4.3 percent in 2013.

Pent-up demand could finally be working its way through the market. Pending
home sales rose sharply in October according to the National Association of
Realtors®.

The latest statistics reveal that contract signings rose 10.4 percent for the
month and are now 9.4 percent above 2010 levels.

Regionally, results were mixed but overall still positive. The Midwest led
the way jumping a staggering 24.1 percent in October. The Northeast also had
double-digit gains at 17.7 percent. The South was up 8.6, while the West was the
only region to see a decline, though it was just a marginal 0.3 percent drop.

The largest year to year rise is seen in the Midwest as well, which is
currently 13.2 percent above October 2010 levels.

What has spurred this upswing? NAR’s Chief Economist, Lawrence Yun, thinks it
is partially due to the high levels of affordability we now see in areas all
across the country. He feels the recent pending home sales report is a hopeful
sign. “Home sales have been plodding along at a sub-par level while interest
rates are hovering at record lows and there is a pent-up demand from buyers who
normally would have entered the market in recent years. We hope this is
indicates more buyers are taking advantage of the excellent affordability
conditions.”

TIME magazine reported at the end of November that during the third quarter
of this year families earning a median income of $64,200 could afford 72.9
percent of the homes sold.

Pending sales were up in the face of otherwise negative reports. Home prices
have continued to decline and are now at 2003 levels. Builders still remain
cautious when it comes to new projects.

It is important to keep in mind, too, that recent months have proven that
pending sales don’t always translate into actual sales. Many pending contracts
have fallen through due to appraised values coming in much lower than loan
amounts, nulling the mortgage offer. Other buyers are unaware of the stringent
lending standards now in place that require high credit score for qualification.

“Although contract signings are up, not all contracts lead to closings. Many
potential home buyers inadvertently hurt their credit scores and chances of
getting a mortgage through easily averted actions, such as cancelling an old
credit line while taking on a new one,” Yun said. “Such actions could
unwittingly prevent buyers from obtaining a mortgage if their credit score is
close the margins of qualifying, or they might get a loan but with less
favorable terms.”

Selling a House in Spring:

Spring is a great time to sell a home!

Spring is a pretty up-beat time of year. In good weather buyers are more prepared to go house hunting.

Also, many families look to match their purchase with the end of the school year.

Selling a House in Summer:

High summer has never been the best time to sell a house (especially a family one).

School Holidays are the big reason for this. Entertaining kids leaves little time for house hunting.

Plus, everyone else goes away on holiday. This peaks around August and the market dies.

If you have to sell a house in the summer, try to get it on the market as early as possible.

If your home is not on the market by early July you’ll be putting yourself at a disadvantage.

Selling a House in Autumn:

Autumn has always been a good time to sell a house.

However, it’s not as good as the Jan – July period. Still, if you’re trying to sell in late Sept or Oct you’ve nothing to worry about.

Remember though, nobody wants to move over Christmas so don’t leave coming to market too late.

After the 2nd week of November buyers, like bears, tend to go into hibernation.

Selling a House in Winter:

Winter is definitely not the ideal time to sell. We would actively discourage anyone trying to sell a house towards the back-end of December.

If you can hold out for the New Year you’ll put your sale in a much better position. 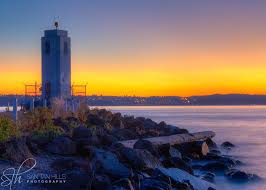 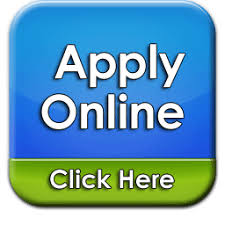 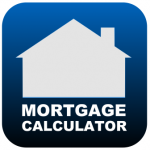